Honest & Genuine Legal Representation Serving Families Throughout All of California 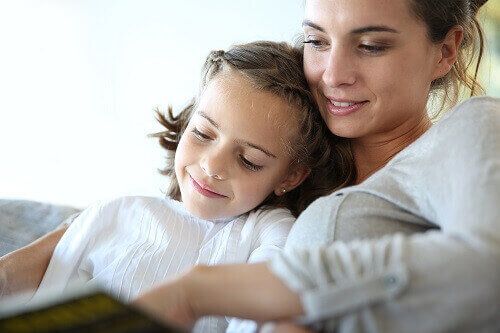 For many couples, the custody arrangements for their children constitute the single most stressful, anxiety-inducing, and difficult aspect of their divorce. In cases involving same-sex couples, the issue can be complicated given the unique circumstances present surrounding a couple's choice to become a family.

Our team at the Bez Law Firm, P.C. understands your concerns. We have successfully advocated for families throughout Northern California for many years. You can rely on us to protect your child's interests and to uphold your parental rights.

Set up a consultation with a knowledgeable Roseville child custody lawyer today at (916) 512-8944. We take cases statewide!

California law requires a judge to consider the best interests of the children when determining a custody/visitation case. The current law requires the family codes to be read gender neutral so that neither party will have an automatic advantage over the other. In fact, the court views shared custody as the ideal solution whenever possible, as involvement from both parents is viewed as best for the child unless domestic violence is involved.

The court may also seek to identify which parent is most likely to foster a healthy co-parenting relationship. Based on the health, safety, and well-being of the child, the judge will seek to make a decision that protects the child's interests and well-being based on a review of the individual facts of the case.

Best Interest of the Child in Custody Cases

Those involved in establishing a child custody arrangement typically prefer a joint custody agreement. However, while divorcing spouses may share joint physical and legal custody of their children, certain circumstances dictate that only one parent should retain custody, especially if the family has experienced a history of violence.

After all of these factors have been evaluated, the court will rule in favor of what it believes is the child's best interest. This is why it's crucial to have your case presented by an experienced and thorough Roseville child custody attorney. A misunderstanding of your case by the court could result in an unfavorable outcome for you, which can affect your child's future. By calling the Bez Law Firm, P.C., you can have peace of mind that your case is being given the diligent attention it deserves.

However, there are many more elements that go into the child support decision, so it is important to discuss your situation in full with your child custody attorney before jumping to any conclusions.

Common factors that may affect your child support calculation in California include:

Can I Modify Existing Custody Orders and Child Support Orders?

Once the court has handed down orders pertaining to child custody/support, it may eventually become necessary to change those orders to better reflect your current situation.

In California, there are many reasons for which a parent may request a child custody modification.

Our team at the Bez Law Firm, P.C. can answer your questions about the modification process and grounds for changing court-ordered arrangements. Our Roseville custody lawyers are prepared to advocate for you, protecting your parental rights and your child's best interests.

Move Away Cases in California

Moving with your child for purposes of changing his or her residence requires an agreement from the other parent or court order. There are several factors the court must consider when determining if a move away is in the child’s best interest. Call the Roseville custody attorney to discuss your move away request and facts that might support your request.

Contact the Bez Law Firm, P.C. for Your Consultation

Our team at the Bez Law Firm, P.C. provides answers to our clients' questions about child custody, child support, and more. We're accomplished, proven, and reliable. You can trust us for answers and support. We've been advocating for families in Placer County for years.

Reach our team at (916) 512-8944 to discuss your custody matter. Our child custody lawyers take cases throughout California.

Read more about child custody in the following blogs:

Have Questions? Call Us to Schedule Your Case Evaluation.
Contact Us